Jack Ketchum's The Girl Next Door 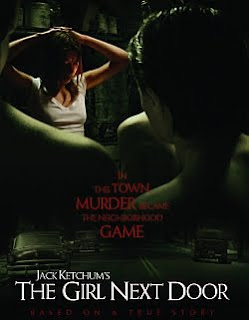 As a dark fiction aficionado for most of my remembered life, I am at pains to divulge the sad fact that I have never read a book by Jack Ketchum. From a distance I have followed his career on the peripheral sidelines, often frequenting his website and keeping myself up to date with his resume and celluloid adaptations. As I type these words I am at a loss as to the precise reason I have never held one of his novels in my hand. Marketing is a big factor—during a thousand entrances into a thousand bookstores his name has never popped out among the ranks of many others. Even when strolling through the horror or fantasy sections with an eye for detail has my index finger skated across his name. And there exists no rhyme or reason to not having purchased one online. Chalk it up to the same fate that has befallen authors like Graham Masterson or even some of the authors whose name appears with mine in the editors/reviewers list on this site. There exists a desire to eventually get around to them … once I have gotten through the myriad of tomes in a perpetual and never ending reading list.