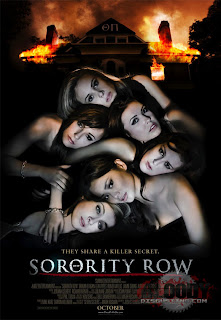 You always come to these films filled with slight trepidation. On one hand the intellectual within screams that you must not enjoy this particular sub-genre. Because only dullards subscribe to campy schlock where there is more flesh on display than blood and the plot is derivative of a thousand such other outings. On the flip side, there is an inner-child that recalls those outings with such unalloyed fondness you yearn to be dazzled by the mindless spectacle again.

During my first screening of Scream many full-moons ago, I recall nothing but unadulterated joy. A re-awakening was in the offing – horror was in the process of a reinvention and we had a shining future ahead with more its ilk to follow. And follow they did: I Know What You Did Last Summer, Urban Legend, Valentine, Final Destination and The Faculty. It kick-started mindless sequels and reinventions of past maniacs. Did I garner enjoyment from these horror/thrillers even though there was now a trite formula and almost identical looking posters?

And this is where Sorority Row fits in. The cast is young, American, and utterly beguiling. The stage is Theta Pie – a Sorority House where Jessica, Claire, Ellie, and Megan are celebrating upcoming graduation. They have a motto and are sworn to trust, in secrecy and solidarity. It opens up with a huge party: everyone drinking from the quintessential American Pie red cups that seem to be the only type of cup in a thousand college films. After discovering one of the girl’s brothers has cheated, they devise a revenge scheme in the form of a prank entailing feigning death. Not everyone is in on the joke, however, and when the prank goes horribly wrong the audience is treated to some grisly moments and surreal tension. Similarities abound with I Know What You Did Last Summer.

In the aftermath of their friends death the remaining girl's keep their motto by swearing to never speak of it again. Of course, such a plan is doomed to failure - and the outcome warrants a trapezoidal odyssey of carnage as someone has taken to enacting revenge by picking them off one by one.

Apparently, the actors in this film are reality television stars making the leap onto the big screen. Though their previous forays are not apparent as the audience is treated to some witty dialogue and even grow to enjoy their arcs. The body count and dispatching – though not overly huge – is lent some creative drive as our over-sexed and alcohol guzzling young adults are terminated in new and interesting ways. The guessing game of who’s responsible comes into play … and is handled with intelligence.

Will Sorority Row be a mind-numbing experience worthy of repeat viewings? No. Will it become a cult-classic? Probably not. But I do recommend taking your favourite thrills partner to enjoy a film that pretends to be nothing but good entertainment.