The Disappeared by David B Silva 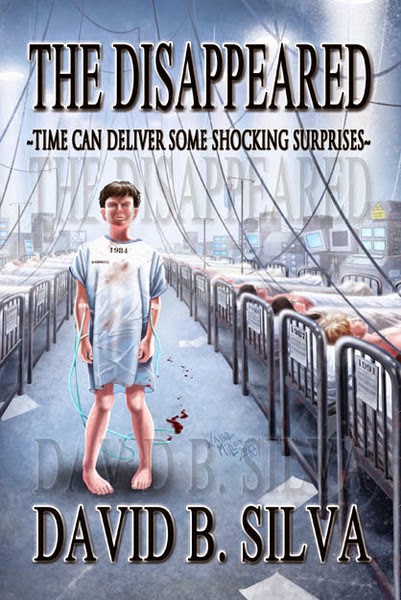 This was my fist foray into the fiction of David B Silva, an author now somewhat of a veteran in horror circles. Without hearing even a sliver of the story, I chose The Disappeared purely for its enigmatic cover. If there is one thing we know the small press does well, it’s cover design vastly more aesthetic to the dark fiction enthusiast than their large publishing counterparts. On offer here is a thriller stepped in the sinister world of medical mysteries and shadowy government corporations hell-bent on secrecy.

Ten years ago, Teri Knight and her husband went through the crippling effects of losing their only son Gabriel after he ventured to the local park one day and never returned. With no eye-witnesses and no clues pertaining to his mysterious vanishing, this lack of closure results in divorce, Teri sentenced to a life of estrangement and despair. On one rain-swept evening many years later, Gabe suddenly returns home in the company of an unknown woman. But this Gabe cannot be her son … for the boy at the door hasn’t aged a day. This one is eternal, frozen in time – and now Teri must suspend her disbelief if she is solve why. Enlisting the help of an old ally (Walter) who also collaborated in the search effort for Gabriel previously, Teri begins to unravel an intricate web with a family physician at the center of the nightmare. She'll also discover Gabe isn’t the only child who fell victim to a conspiracy where science tackled the dark heart of mortality: death itself.

Written during the nineties, this is the kind of formula pertinent to that era. Running like an undercurrent through the syntax is an undeniable Dean Koontz flavor … reminiscent of one of the many tomes penned under the pseudonym Leigh Nichols. (Think The Key to Midnight or The House of Thunder). Taking off my professional voice briefly, I will admit I enjoyed those novels immensely. They don’t pretend to be anything than what's on the page: maps of intent where the good guys are good, and the bad ones are simply nasty. The method is pure entertainment … and the narrative at the heart of The Disappeared has a safe and homely feel like a good recipe.

There are weaknesses – mainly the perplexing reaction of a family doctor when confronted with the presence of Gabriel for the first time in years: his inability to notice anything different about the child is something never fully addressed. Another plot strand involving an individual Walter is tracking never quite come to fruition and leaves a lingering question mark. (Although I have a feeling these are narrative puzzles a second reading could possibly cure).

Here, David B Silva has concocted a workable thriller harkening back to the suspense of a more innocent time in history. My first title from Dark Regions Press, they have created a slick and worthy edition to hold.